The idea of a self driving car or autonomous vehicle has, for a long time now, been an image of science fiction however it may be reality sooner than we think. Leading car and technology manufactures around the world are investing billions of dollars into autonomous cars with the vision of making the roads a safer and less stressful place to be.

In the UK, Bristol, Coventry, Milton Keynes and Greenwich are hosting vehicles fitted with sophisticated radar and laser systems developed by the Free University of Berlin with the intention of investigating the impact autonomous vehicles would have on congestion and road safety. It may seem like the UK is making positive steps to accommodate driverless cars but the USA has already developed dedicated suburbs complete with traffic, pedestrians, road works and even sections of motorway to encourage the testing of driverless cars.

Arguably the most promising project so far is by information technology giant, Google. Being one of the first to utilise these towns, Google has been testing a fleet of 48 autonomous vehicles around private grounds and testing centres for over 6 years. In May 2014 Google unveiled a concept prototype which as of 2015, begun testing on the public roads of San Francisco. The California based giant has now clocked a total of 1 million miles with only 14 minor crashes, all of which, according to Google have been due to human error.

Google plans on introducing their self driving car project known as SDC to the masses in 2020 but this relies on the publics’ confidence in Google and their software. With the amount of research being invested by governments and technology companies into such a new industry, it may be fair to say that driverless cars will one day become reality and a part of everyday life, but many issues still remain. The vehicles are yet to be tested in rain or snow. What will come of professional drivers? How would an autonomous vehicle react to an unavoidable crash? With the promise of significantly less collisions, how will insurance companies adapt

Providing technology and vehicle companies can address the issues and questions surrounding the self driving car the project will continue to advance. However, convincing the world to surrender control of their vehicle to technology may be a bigger challenge than expected. 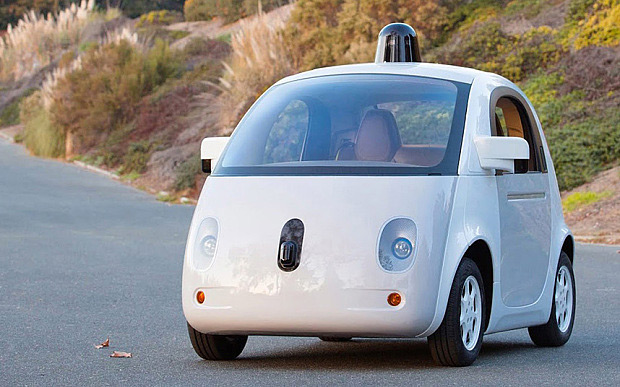